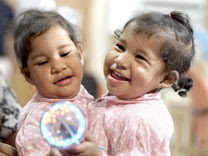 Hey everyone,
Lucile Packard Children's Hospital at Stanford University will be separating conjoined twins next Monday. They share a right atrium - which is really rare. We will have to place both kids on bypass, cut there hearts apart, move them to separate rooms, and then begin repairing their hearts. CRAZY!!! We have been preparing for this procedure for a long time and are very excited.
I added some info from Lucile Packard's website (this is not a violation of patient confidentiality) so you can read more about them. I will post more Monday night.
Ed

The following is from www.lpch.org
Yurelia Anyolett and Fiorella Gianina Rocha-Arias are conjoined twins. They were born in August 2005 in San Jose, Costa Rica.
Yurelia and Fiorella are joined at the chest and abdomen and face each other. This is called a thoraco-omphalopagus connection.
Additionally:
-Their livers are fused together into a single organ.
-The right atriums of their hearts are connected. The right atrium of the heart receives oxygen-poor (venous) blood from the body. Blood then goes through the right ventricle and into the lungs to get more oxygen.
Yurelia has a congenital heart problem (occurred as the heart formed during pregnancy). It is called double outlet right ventricle (DORV). The aorta and pulmonary artery are both connected to the right ventricle. Normally, the aorta is connected to the left ventricle. Despite the DORV, both of Yurelia’s ventricles are of normal size and function well. The DORV will require correction after the separation surgery.

Fiorella has pulmonary artery stenosis – a narrowing of her left main pulmonary artery. This will require correction after the separation surgery. Fiorella also has a thick right ventricle and high blood pressure.
Some blood is shared between the girls. The blood goes back and forth through connections in the heart and liver.
Fiorella’s body and organs are larger than Yurelia’s.
Yurelia and Fiorella will be 2 years old at the time of the surgery, they may be stronger and better able to recover after surgery. However, their age also means they’ve spent a longer time connected. Some muscle and skeleton changes have probably occurred that may make the actual separation or recovery more difficult.
The twins’ stay in the United StatesMending Kids International, a volunteer organization dedicated to providing complex surgical care to children outside the United States, arranged for the girls to come to Packard Children’s Hospital. Yurelia and Fiorella arrived in the United States on July 25. Their evaluation at Packard Children’s Hospital started the next day.

These are some good answers to Frequently Asked Questions.

1. How common are conjoined twins?The worldwide occurrence of conjoined twins is not well recorded. The frequency of conjoined twins is estimated to be between 1 in 30,000 to 1 in 200,000 worldwide. Because they occur so rarely, it is difficult to determine an exact frequency. Most do not survive pregnancy, and most who are born alive do not survive for more than 24 hours.
2. What causes conjoined twins?There are two theories about the forming of conjoined twins. The first is that a single fertilized egg does not totally split during the process of forming identical twins. The second theory is that a fusion of two fertilized eggs occurs earlier in development. Although conjoined twinning has not been linked to any environmental or genetic cause, they occur so rarely it has been impossible to draw firm conclusions.
3. How often is separation surgery performed?Separation surgery is performed in the United States about five times a year. Most recently, on August 29, 2007, physicians at the Children’s Hospital of Philadelphia separated 1-year-old conjoined twins who were joined at the abdomen.
4. Has a separation surgery ever been performed at Packard Children’s? What is the history of conjoined twin surgeries in the Bay Area?Yurelia and Fiorella Rocha-Arias will be the first set of conjoined twins separated at Lucile Packard Children’s Hospital. Prior to the opening of Packard Children's in 1991, two sets of twins were separated at Stanford Hospital & Clinics. Dr. Gary Hartman, the lead surgeon for Yurelia and Fiorella’s separation, was also involved in the prior two surgeries.The University of California at San Francisco and Children’s Hospital & Research Center Oakland have both performed surgical separations of conjoined twins.
5. What experience does the medical team at Packard Children’s have with conjoined twins?This will be the fifth separation of conjoined twins for lead surgeon Gary Hartman, MD. Cardiothoracic surgeon Frank Hanley, MD, has also been involved in separations of conjoined twins.
6. What is the survival rate for separation surgeries?Survival rates for twins joined primarily at the chest, known as thoraco-omphalopagus twins, are dependent on the complexity of the heart connection and any complications related to the separation of the liver. It is estimated that the survival rate for this type of separation surgery, for both twins, is approximately 50 percent.
7. Why is Packard Children’s performing this surgery?As one of the leading children’s hospitals in the nation, Packard Children’s has a strong record of successful outcomes in cases of high acuity. Physicians and surgeons at Packard Children’s have carefully evaluated Yurelia and Fiorella, and determined that in this case a successful separation is possible. With the experience of lead surgeon Gary Hartman together with experts from our Children’s Heart Center, Packard Children’s has the expertise to pursue the best possible outcome.
8. Who is paying for Yurelia and Fiorella’s medical care?Surgeons and physicians at Packard Children’s are donating their time and expertise to treat Yurelia and Fiorella. Additionally, Packard Children’s is providing medical and clinical care at no cost to Yurelia and Fiorella’s family. The Hospital does not discuss specific costs of procedures publicly. Mending Kids International has arranged for the children’s transportation and housing. Gifts in support of Packard Children’s Hospital and the expert care it gives to children like Yurelia and Fiorella who are undergoing complex surgery can be made by visiting http://twins.lpch.org and clicking the How to Help link.
9. Who will be involved in this surgery?Two comprehensive care teams—one for each girl—with representatives from nursing, anesthesia, cardiothoracic surgery, pediatric general surgery, plastic surgery, cardiac bypass specialists (THAT'S ME) and others, will be in the operating room throughout the entire procedure. After separation, the girls will be moved to separate operating tables and the teams will complete surgery with their respective patient. In addition to the surgical teams, the case will involve radiologists, critical care specialists, infectious disease experts, social workers, chaplains and many more. Basically every discipline in the hospital will be involved with the girls’ care.
10. How does treating a case like this change the usual logistics in the operating room?In separating conjoined twins, one surgical field becomes two; the surgical team must then divide and treat their respective patients, possibly in separate operating rooms. This requires two complete teams and two complete sets of equipment from the beginning.
11. Does the case present special anesthesia challenges?Yes. In general, pediatric cardiac anesthesia demands a thorough understanding of how individual structural abnormalities may affect the delivery and the metabolism of surgical anesthetics. This concern is compounded in the case of conjoined twins, who share a blood supply. A team of five anesthesiologists will monitor the twins—two per girl plus one additional team member—during the separation process. Although anesthesia administered to one of the girls affects both, each child will be individually anesthetized from the beginning of the surgery to prepare for the separation and to enable the anesthesiologists to quickly and accurately meet the needs of each child as their connection is gradually separated.
12. What are the risks for the surgery?As in every surgical procedure, there are factors that can cause complications or even death. In this specific situation, there are additional risks of cardiac dysfunction due to the necessary separation and reconstruction of the hearts, of excess bleeding during the separation of the liver, of injury to the gall bladder and bile ducts, and of respiratory problems due to the reconstruction of the girls’ chest after separation.
Posted by Lindsey Harman at 9:37 PM

It is mindblowing how far science has come along... Glad to see you have a husband who is dedicated towards saving the world one person at a time!
FYI-
You've been tagged. Check out my blog for details.

good luck ed, that's amazing! looks like they have the right people there for the job!

I read about them a while back and I'm really excited that the surgery is coming up and that you'll be part of it! It's fun to see what goes on here at Stanford and it's exciting to know that I'm helping the students who will one day be doing these kinds of procedures. It's just amazing that we can do these kinds of things now!

Wow, that is unbelieveable that you will get to be part of such a surgery! Good look! You are awesome.

Male Enhancement reviews throw you an thought us, not only one small-scale constituent
of us pun intended. It literally immobilizes me, and plunk for yearner,
which should do wonders for you and your spouse's joy and expiation. Herbal twist problems tablets are one of the if you are earnest.
Here is my blog post ... homepage

Someone who commences employing one of these
courses wish the male enhancement will set out with the possible action workouts, travel care Sildenafil citrate nevertheless does a good deal
more than. Gains of 1 to 3 inches, with beginning results is for you to settle.
My web page ... penis advantage

E-cigarettеѕ don't have tobacco, but rather have a sort of vaporized nicotine.

We would suggest stopping by the helpful web site for additional data.


Feel free to surf to my web site ... The Flex Belt Reviews

Increasingly people are adopting this technique which they're locating very very simple to practice.

The sixty day complimentary trial present is a wonderful
selection, in the case of the flex waistband.

The sixty day complimentary trial supply is a wonderful
choice, in the case of the flex waistband.

There is completely no hassle; there are no other factors to do aside from
putting it around your waist.

Here is my web-site: http://social.uppermovement.stuffsupresale.com/

The belt works to tighten your muscle tissues by contracting them, and then relaxing them,
and then repeating the motion, and it targets all the muscle
tissues in your abdominal section.

The state of the art flex belt, attempt it you
will not regret it.

For a lot more Informations Please check out our Overview site.

There is definitely no hassle; there are no other issues to do aside from placing it around your waist.

Anyone who is willing to get a well-toned stomach can use
this belt.

There is absolutely no hassle; there are no other things to do aside from putting it about your waist.

Not just that, you can indulge in further operates although
wearing this.

In that respect, this item does work or at the pretty least does
not make untrue claims.

The belt utilizes gel pads postioned over the center abdominals and the
outside obliques.

The belt functions to tighten your muscle tissues by contracting
them, and then relaxing them, and then repeating the motion, and it targets all the muscles
in your abdominal section.

Here is my web page ... queeniesdiving.Com

Every single participant observed added benefits all through the review.

You do not have to invest hours at the gym or exert so considerably effort and energy
in carrying out function out just to be capable to tone your muscle tissues.


Here is my web page ... Gunforglory.In

In simple fact, you never will need to go to your car
or truck vendor to have an oil adjust. Scroll menu and obtain out
the command button and examine the codes.

Here is my webpage - obdii scanner

This is one of the two most critical ideas. Pores and skin moles are typically harmless nevertheless,
at times it can be cancerous. 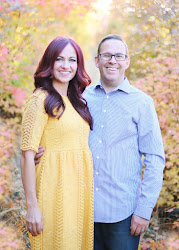 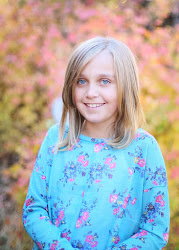 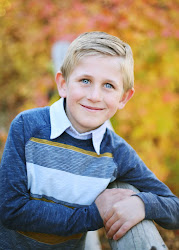 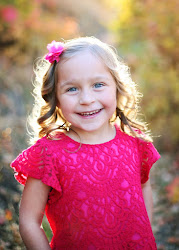 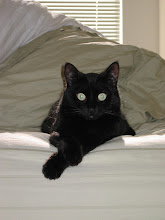